Debbie Reynolds, mother of Carrie Fisher, has died of an apparent stroke today at age 84, just one day after her daughter Carrie Fisher died from a heart attack at age 60. 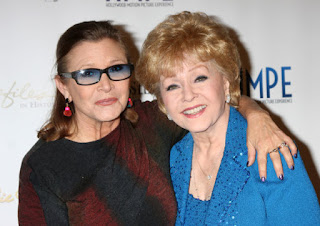 She was a prolific actress and singer with many great roles to her name including starring with Gene Kelly in Singing In The Rain.

One of the best musical numbers ever!
Her great work lives on forever.