New How To Train Your Dragon: The Hidden World Trailer

Email ThisBlogThis!Share to TwitterShare to FacebookShare to Pinterest
Labels: Dreamworks Animation, How To Train Your Dragon, The Hidden World

Directed by the great John Landis.

Email ThisBlogThis!Share to TwitterShare to FacebookShare to Pinterest
Labels: Aladdin

Email ThisBlogThis!Share to TwitterShare to FacebookShare to Pinterest
Labels: Glass

Email ThisBlogThis!Share to TwitterShare to FacebookShare to Pinterest
Labels: House Of Cards

Email ThisBlogThis!Share to TwitterShare to FacebookShare to Pinterest
Labels: Aquaman


First Man is the latest film from Oscar winning writer and director Damien Chazelle. It tells the story of the events leading up to the first moon landing and the first man to set foot on the moon, Neil Armstrong. Chazelle’s previous films include La La Land and Whiplash.  First Man may be his weakest film so far.  Landing on the moon was one of the most monumental achievements in human history and you would expect this story to be filled with drama, excitement, and emotion but First Man is mostly lacking these things. Not since Philip Kaufman’s 1983 film, The Right Stuff, has a film attempted to cover the United States space program with such scope and ambition.  The films Apollo 13 and The Right Stuff cover similar territory in more interesting ways and with more emotional impact.  At the heart of First Man is Neil Armstrong and his family but the fundamental problem is that Claire Foy and Ryan Gosling don’t appear to have chemistry together. We see some personal trauma and marital difficulties but overall it’s a very dull relationship.  Ryan Gosling’s Neil Armstrong has trouble expressing emotion and it’s not clear if Ryan Gosling is delivering an true to life performance of a very boring person or a boring performance of an interesting person? Perhaps it’s accurate to a fault and some artistic license was in order. 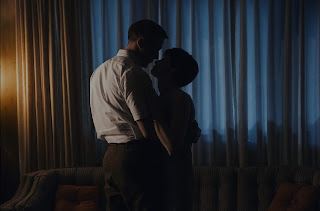 First Man’s other problem is the look and tone.  It’s dark looking style and tone is better suited for a horror film than a film about scientific endeavors.  Much of the film is shot using hand-held, cinema verite, style and there are a lot of extreme close ups with very narrow focus making it hard to follow some of the action.  Many scenes are shown only from the perspective of the astronauts and this limits much of the action. The costumes and set design appear very authentic but also add to the depressing tone with drab colors. The music works in some scenes but mostly contributes to an uninspiring tone. These decisions boil down to artistic and stylistic choices but they don’t lend themselves well to this story.  The movie isn’t very long at 2h 21m but the slow pace and minimal emotional impact make it feel much longer. First Man is an impressive technical achievement. State of the art visual effects and a faithful reproduction of major milestones including the moon landing itself are the strongest aspect of the film. The movie opens on October 12 shortly after NASA’s 60th Anniversary on October 1st and the definitive story of NASA has yet to be told.   It does a poor job of capturing a sense of excitement or accomplishment. Damien Chazelle’s reach has exceeded his grasp and instead of emotional and inspirational film First Man is a slog.  It gets 6 out of 10.

Watch The Right Stuff before First Man to see a better film and the events leading up the Apollo missions.

Clip from The Right Stuff

"The greatest pilot I ever saw." 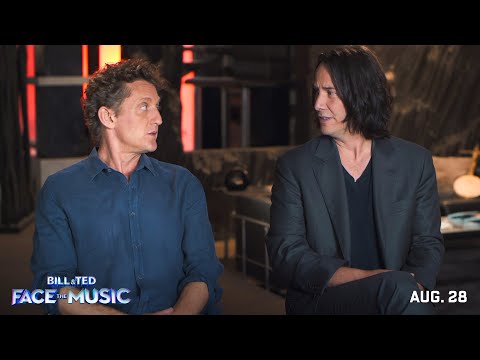