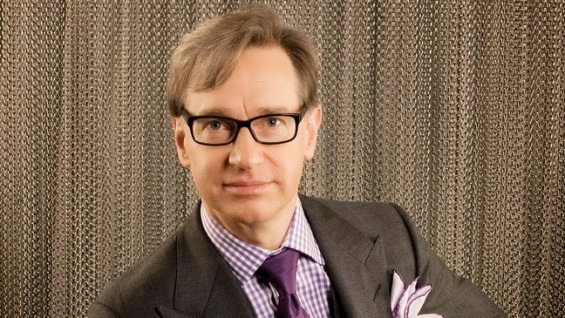 The new Ghostbusters movie officially has a director.  It is Paul Feig.  He is a long time director and producer know for television and films.   Some of his notable credits include Freeks And Geeks, Parks And Recreation, Arrested Development,  Bridesmaids, and The Heat.   The new movie is apparently not a sequel.  The studio is pursuing a new story line and hoping to launch a series of new films.   Paul Feig says "...it will star hilarious women."  That likely means that the hilarious men from the original Ghostbusters movies will not be included.  Original director Ivan Reitman left the project and original movie writer and co-star, Harold Ramis,  passed away in February.

Writer Katie Dippold, also of  The Heat and Parks and Recreation, has been called upon to write the new Ghostbusters screenplay.

Fans with hopes of a 3rd Ghostbusters sequel starring the original cast need to move on now.  Sadly that dream is over.  The new film isn't going to be glorious 1980's nostalgia but let's hope that it will offer something fresh, new, and fun.   There are only rumors about the cast and nothing official yet. It's a tall order asking anyone to live up to the original classic.  Good luck to all those involved.